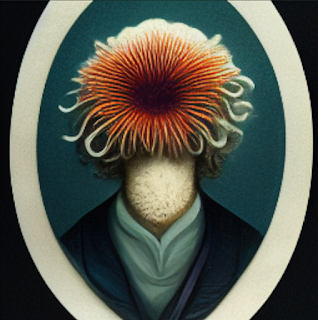 A species of anemone found originally in Lake Huron, and since the 1960s has been spread to water bodies natural and artificial across Canada and the northeastern United States.

The planula stage of N. Typhlosis's life is parasitic. Its primary host was a now-extinct species of freshwater seal, culled by the Wyandot Confederacy in a campaign over many years. This led to the near-total disappearance of the species, with holdouts surviving around impoverished communities forced to subsist on sub-standard water supplies.

Its population exploded well-beyond its original range and numbers when a marine biologist studying at Rochdale College accidentally exposed himself to infection by N. Typhlosis. Mistaking his particular resistance to the worst effects of the parasite for a general benign nature of the creature, he cultivated and distributed vials of planula as an "all-natural, enlightening high". The ensuing deaths were overlooked as overdoses and psychotic breaks resulting from more conventional drugs.

The Organization's first encounter with N. Typhlosis took place over a decade later, at the Amish community of [REDACTED] in Pennsylvania. The first team sent to investigate anomalous reports in the area was wiped out, though several days later the discovery of their recordings and starvation of the hosts allowed an easy cleanup. Typical procedure since then is OPEN-EYE operations under the guise of the EPA, assessing the extent of infestation, treating or terminating hosts as appropriate, and chemically purging water bodies of any remaining N. Typhlosis organisms. 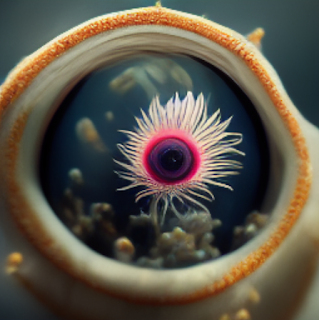 Infection by One-Eyed King planula happens in two phases, and occurs upon exposure of mucus membranes to water contaminated with the species' eggs:

In the first phase, the planula grow within the vitreous fluid of the eyes, and in the optic nerves and frontal lobe. The planula can be seen if a flashlight is shone in a host's eyes. The host's disgust reaction and senses of taste and smell are dulled, and visual and audio hallucinations are induced to manipulate their behaviour. Initially these hallucinations make them more gregarious and willing to share food and drink and go out swimming with the uninfected, but if the colony is threatened an unknown signal goes out that inverts this reaction, making hosts hostile and violently paranoid towards the uninfected.

Hosts in this phase can still be cured of the infection by administering antiparasitics capable of crossing the blood-brain barrier, though permanent impact on vision and cognitive function is likely.

In the second phase, an immature anemone consumes its fellows and erupts from the right eye socket of its host. It becomes capable of direct control over its host body's motor functions. Second phase hosts are effectively lobotomized puppets, and are responsible for feeding a colony's adult anemones and creating nurseries for the young. First phase hosts are typically unable to determine anything abnormal about the behaviour of second phase hosts. Second phase hosts try to keep out of sight of the uninfected, or else lure them towards the adults' feeding grounds if the colony is threatened or they think they can get away with it.

All surgical removals of the infecting anemone to date have resulted in death of the host through cranial bleeding and damage to brain tissue.

Both first and second phase hosts have displayed an uncanny ability to perceive other anomalies. Experiments with infected, trained animals are underway. 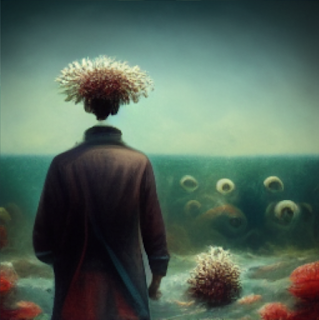 After an indeterminate period (hypothesized to be based on the number of existing adults in a colony and the available food supply) second phase anemones will drown their hosts and anchor themselves underwater before maturing into their adult form. Adult N. Typhlosis have developed evolutionary gigantism. The average encountered adult is two feet across (though able to compress through spaces a few inches wide) and able to extend up to 45 meters in length. Less credible reports exist of adults able to swallow fishing boats whole.

First Phase Host (Human)
1 Wound, 1/1 Morale
Movement: 3m
Attacks: Improvised melee weapon (+1 to attacks at point blank range) OR Semiauto (-2 penalty at medium range, no long range, 16/15 ammo, not automatic)
Tactics: Disorganized mob attacks, shouts accusations incoherently if encountered alone. Can be talked down by a CO with background in hostage negotiation or something along those lines.

First Phase Host (Pig)
2 Wounds, 2/2 Morale
Movement: 6m
Attacks: Bite & gore (+2 to attacks at point blank range)
Tactics: You look like food to it and boy is it ever hungry.

Adult One-Eyed King Anemone
4 Wounds (base has only 2 Wounds and if destroyed prevents anemone from moving), 4/4 Morale (won't flee if attacked near base)
Movement: 10m, up to maximum extension of 45m from its base
Attacks: Lunge (+2 to attacks at point blank range, paralyzes if it wounds), toss (flings struck target up to 5m)
Tactics: An ambush predator, capable of coordination through uncertain signals with the second phase hosts. Slinks through pipes, murky water, etc., bursting out from drains and so on to pick off stragglers and the wounded. Dumb enough to be tricked into swallowing something it shouldn't.

Elder One-Eyed King Anemone
20 Wounds (base has only 8 Wounds and if destroyed prevents anemone from moving), 20/20 Morale
Movement: 20m, up to a maximum extension of 200m from its base.
Attacks: Big lunge (like getting hit by a truck, paralyzes if it doesn't kill you outright)
Tactics: As the adult form, but big enough that it doesn't really need to care about the element of surprise or targeting the vulnerable anymore. Dumb enough to be tricked into swallowing something it shouldn't. 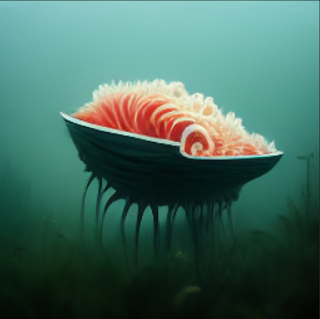 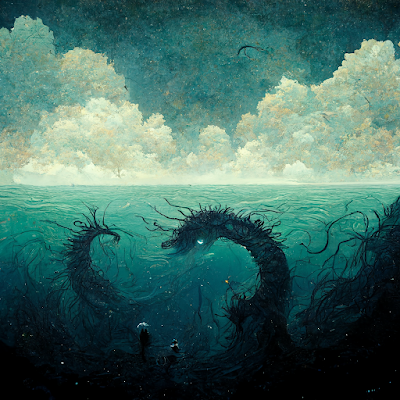 Posted by semiurge at 3:15 PM No comments:

Click the button below for your very own giant:

Special thanks to Spwack for the table automator here: http://meanderingbanter.blogspot.com/2018/10/automatic-list-to-html-translator-v2.html
Posted by semiurge at 12:55 PM No comments:

Click the button below for your very own alien abductee generated from the tables below:

Special thanks to Spwack for his table automator here: http://meanderingbanter.blogspot.com/2018/10/automatic-list-to-html-translator-v2.html
More alien stuff here: http://archonsmarchon.blogspot.com/2020/09/d20x5-alien-invasions.html
Posted by semiurge at 1:08 PM No comments: