Anyways, here's something along those lines: The reverse GLOG class. You advance in them backwards, not by gaining XP but by meeting certain conditions (over time, use of abilities, kryptonite exposure, etc.). Starting off top level then dwindling over time seems like it could be a fun dynamic. Here's an example:

In your younger days you killed a lot of people with a sword. You were really good at it. You got famous for it. As you approached the pinnacle of that art you realized that what you were chasing was a mirage, fading the closer you got. So you retired. Then something dragged you back into the violent world.

Starting Equipment: Sword, robes, something you've picked up in your retirement (D6 below):
1. Fishing rod
2. Book of poetry
3. Pots of pigment and brush
4. Whittling knife
5. Bottle of moonshine
6. Shamisen

Sword Arts: These are the cool sword things that only the real masters can do. Use one or more as an attack action unless otherwise noted. All sword arts hit automatically. You start with four.

1. Dragonslayer: Attack deals damage in HD rather than HP.

2. Path of Blood: Attack deals damage to everyone in range.

3. Human Weapon: Unarmed attacks deal damage and can be used for sword arts or Unrivalled Under Heaven as if they were swords.

4. Shooting Star: Attack first in initiative order, moving in a moment as far as you could sprinting for a round.

5. Demonbane: Block all damage from an attack, add it to your next attack.

6. Immaculate Flourish: Wield your sword with incredible, effortless precision. Sign your name on an opponent's face, cut a parasite out without harming surrounding tissue, carve a tree into a statue, etc.

7. Diamondpiercer: Cut through anything as though it's soft as flesh.

8. Wind's Edge: Attack becomes imperceptible, and you can delay the time before the wound becomes apparent for up to a minute.

Unrivalled Under Heaven: If someone faces you one-on-one in a swordfight, they lose and you win. You can decide how that goes exactly.

Know the Sword's Soul: By studying a sword for ten minutes you can ascertain one of the following facts about it:
-How many it's killed, and how
-Any exceptional powers it might have
-The personality of its last wielder
-Its precise value
-How to repair it, or introduce subtle faults that will cause it to break when next wielded
-Who made it, how they did it, and where

Bloodlust: You are capable of great beauty, and great violence. With a blade in your hand they are one and the same. Retirement for you would be a bit like Mozart having to chop his fingers off.

Your bloodlust starts at 0. It can go up to 20. Every time you:
-Kill someone
-Use a sword art
-Are treated with less respect than a master of the sword deserves
Your bloodlust goes up by 1. When you draw your sword roll a D20. If the result is lower than or equal to your bloodlust, you'll lose a sword-saint template at the end of the fight.

You don't lose abilities when you drop templates because you're forgetting them. It's more like the song of your sword is growing louder, and requires more focus to resist.

The Demon-God Reborn: After losing your last Sword-Saint template, you get all your abilities back. You can use them as much as you want without loss or penalty. You also become an NPC. Though not necessarily antagonistic to the party, you become incapable of solving disagreements except through overwhelming violence. The ultimate trade welcomes back its ultimate practitioner. The character goes off to become the strongest, and force others to acknowledge their strength.

I do not think I would want a sword-saint around the entire campaign, so I tried to make it have a quick fall. The class changes the game around it too much, dials the threat of violent encounters way down. More of a first arc party member, like Gandalf if instead of coming back as Gandalf the White he started cutting a straight line to Barad-Dur - if you must: a gimmick. More refined/toned-down reverse classes could fit better, probably. 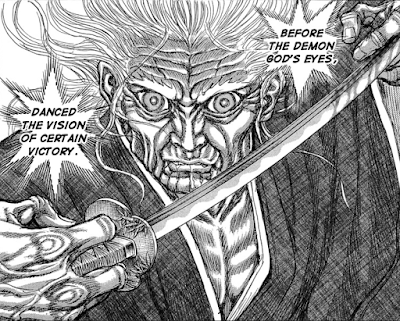 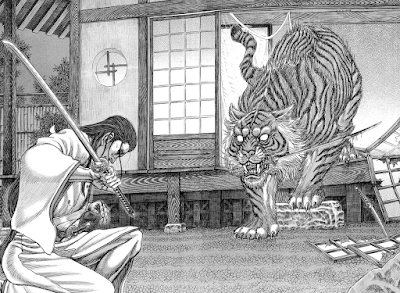