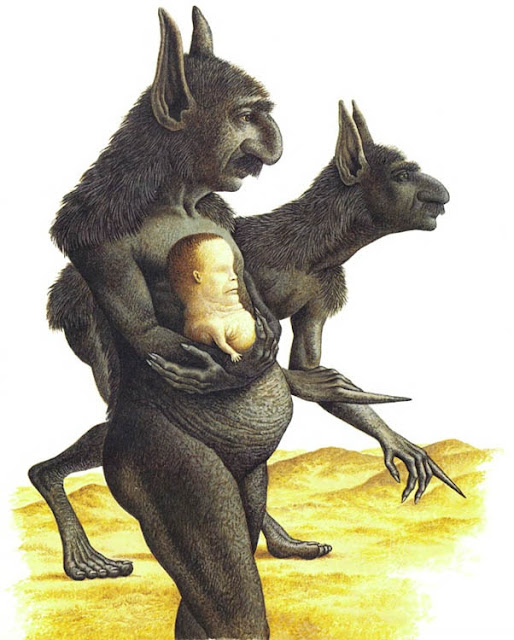 1. Mirages are not native to every desert. If they lived (truly lived, like us or bacteria), they could be said to be an invasive species. Somewhere there is an origin. A mother of all mirages.

2. The sands around Vorlith are golden, yet the people of Vorlith are not rich. They are loath to trade anything that is not absolutely vital.

3. The people of Vorlith are defenseless, yet they remain unconquered. Vorlith is the necropolis of emperors.

4. The root of suffering is desire. The fruit of desire is suffering, in its attainment, in its lack. Like matter and energy, the two are equivalent, they are interchangeable.

Those black and shaggy spirits are incubi. Loping through the heat-haze, they are oft mistaken for jackals, with whom they share a scavenger's aspect. A mirage might take the desperate thirst of a man lost among the dunes, and in return give him a phantom of water. An incubus, alike to the mirage as worm to bacterium, deals in flesh, and fleshly desires. Their scope is not merely sex, as the puritan would have you believe, but all desires which lie deeper in the body than the rational mind: to escape predation, to protect and nurture children, to eat one's fill of fats, salt, and sugar, and yes, sex too, and many others besides.

They are called incubi, "the ones who lie above", because they are believed to exist above the deep, unfathomable web of desire and suffering. Not so. It is their essence, and they feel it perhaps more keenly than any living creature that relies on wet biology to feel. And so they trade in flesh, because they envy it, because it obsesses them, because they would let it bind them.

-A royal couple cry to the night winds for heirs. An incubus slips into their chamber, invisibly reaches to pluck of their organs. From these viands it shapes twins, one for the couple and one to remain with itself. The twins grow strong, the couple weakens, and on the day of their death and their rightful child's coronation, the other twin appears and makes a bid for the throne. Strife spreads faster than wildfire, and the incubus reaps a bounty of desperate flesh.-

The infant they bear is a messiah. The downtrodden in Vorlith wear their chains heavier than ever, shed blood and tears enough for the incubi. They consider their dues already paid, and need only listen to the hopes and bitter wishes of their clients to finish shaping the final product. The inchoate creature is human, in part, but it is also the need for a leader, to be led. How it will lead the people of Vorlith, what it will lead them to, depends on the morass of their collective psyche.

These incubi are among the elites of their kind. Their hearts beat sun-warmed blood through a patchwork of stolen veins. Their minds are meat as much as the airy substance of spirits, and so when they listen to the people of Vorlith pray to a higher power, they recognize, they remember. These incubi will stay in the city, watch the progress of their messiah, and learn how to honour their creator. Only then will they return to the deepest part of the desert, that hole where reality and illusion collapse into one. They will return to the place where all their kind were born, and honour their creator.


Is this an image, or a delusion of the human mind when confronted with a profusion of pixels? Regardless: 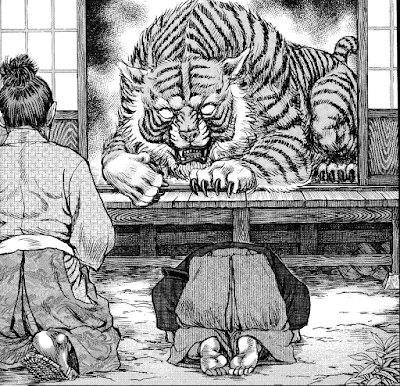