(This is a fun format: https://throneofsalt.blogspot.com/2020/07/collected-material-evidence.html)

[Video Is Not Available In Your Country]

These doctors must have been pretty shocked when a routine sarcoma surgery found this huge lump in that guy's thigh! You're looking at a teratoma, a kind of tumour that can grow entire organs like teeth and eyes! Yuck! Just look at that thing wriggle! Remember to eat your anti-oxidants readers, or next thing you know, this could be you!

“The sole territory remaining to the slave is their body. They might starve it, wound it, deprive it of sleep, and thereby reclaim ownership over it. Real ownership is power over something. It is the ability to impose limits on its nature and behaviours, even its very existence. Compared to that, legal ownership is only words. The bird with a broken wing cannot fly away, yet remains just as beautiful.”


[Worn Greek carved into marble wall. Footnote of translation reads 'Samarkand. Greco-Bactrian?']: "Nothing between the legs of women or men can please me any longer. I have found a new hole. Farewell!"

Excerpt from anonymous comment under the post “All About The Monkeysphere” on the blog Wowfacts (archive retrieval March XX, 20XX):

But what’s the limit on everything else we can know? I mean really know, know like you can know people. I could rattle off politicians, scandals, Watergate, Billygate, Picklegate, Russiagate, -gate -gate -gate -gate -gate, (why’s it always a gate? What are they letting in?) but I couldn’t tell you what any of them were on anything but the most superficial level. Its constant, and it’s only ever getting faster. My brain’s getting sandblasted. I forgot the word for laundry yesterday.

Knowing’s not important. We’re not a knowledge economy anymore. What’s coming next? What possible use could the people in charge have for citizens who forget what happened last week because they’re getting inundated with a hundred more and more urgent things happening this week? I think I know, I think that’s one of the few things I still know, and it scares me a lot.”

Watercolour ("The Woods", first gallery appearance 1967, artist disputed): Dense trees. Intricate detail in the bark and the tangling of the branches. Seen under the influence of hallucinogens will always produce hallucinations of various human and animal faces in the patterns of the bark and branches, laughing, leering, and biting at each other.

[JPEG image of pulp paper book page, suffering moderate degradation. A passage has been highlighted in yellow. The letters have been digitally cleaned up]: "The serf was bound to their lord's land. Straying could be punished severely. The surplus of their labour is what sustained and enriched the aristocracy, and so the serf had to be strictly controlled.

Compare this to the condition of modern workers. They are laid off, fired, furloughed, automated away. If they're lucky they're given a pittance to survive after, and called leeches for it. The labour of the modern worker is no longer necessary for their society's survival. They themselves are the surplus which must be consumed."

"The human species (and all formerly existing variants) are a Linguistic Species which has come to exist in a Mathematical Universe. The Human Experience is expressible in poetry and music and rhetoric but the same fail to express simple mathematical necessities such as Trajectory and Angle. By corollary 1 + 1 and all complex descendants of the Same cannot be used to express even one line from Shakespeare (of course do not be stupid in interpreting I do no mean merely the shape of its letters and modulation of sound waves in pronunciation of its Words but the Qualia inspired).

We Do Not Belong here, and It Does Not Belong in our souls. The so-called rational mind is a trespasser who attempts to pass himself as the master of the house, a reducing and instrumentalizing most unwelcome guest. Follow the path of Our Lord and his most faithful disciple Carl Jung, become Baptized in the Collective Unconscious, wash away the Sin that is the modern world and its false words and reveal the Cage that it is built atop of. All who would be Brother To Brother must join me. The Flood is coming again."

Prions are misfolded proteins with the ability to transmit their misfolded shape onto normal variants of the same protein.

Logions are malformed data with the ability to "collapse" information processed or stored within the same system into simulacra of themselves.

Certain altered states of consciousness and psychoses can provide resistance to logion exposure. A strong dose of something weird is recommended before exposing oneself to areas rated F-BLUE or lower.


The Word is your god, not Ours 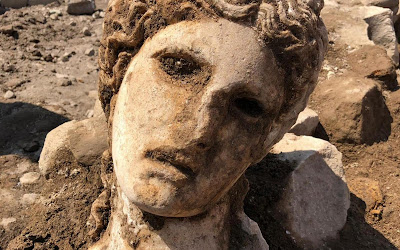 Email ThisBlogThis!Share to TwitterShare to FacebookShare to Pinterest
Labels: lore