Lessons in Running Horror from Six Idiots in a Dental Office

The other day I had the pleasure of playing in a oneshot game run by deus ex parabola (blog: https://as-they-must.blogspot.com) from the OSR discord. We played as dumb-ass teenagers robbing a not-so-abandoned dentist's office. I brought out my best Italian-American accent to play the role of Jimmy Badacelli, guido superstar (and it's quite a good accent, I watched the Sopranos). This was the funniest session I've played in recent memory. It was also the scariest.

I picked up a thing or two from that game. A lot has been said about running horror in rpgs. I've probably read some of it, but by now have forgotten. Doesn't matter. This is the fresh hot beats, the real trap shit:

Player freedom makes it nigh-impossible to construct the kind of horror narrative you'd get in a book or movie. They'll run roughshod over story beats and make mincemeat of dialogue. This should be embraced as the heart of the rpg medium, and harnessed for horror games by making players complicit in the fear-making process. Let them scare themselves, and let them disperse that fear.

I'm not a big believer in the fear of the unknown, but here ambiguity is key. Sensory details, artifacts, spatio-temporal anomalies, chatter over a radio, and the like can be put together to give the players bits of an incomplete skeleton. Let them piece it together, extrapolate, and act upon it. Where otherwise you might use an NPC to exposit, in horror games consider placing something in the environment to interpret, interact with, and contextualize. Also consider placing them like Reese's Pieces™ for ET to lure them into almost-certain doom.

Deus's game had a great example of this with the following image we found in a filing cabinet: 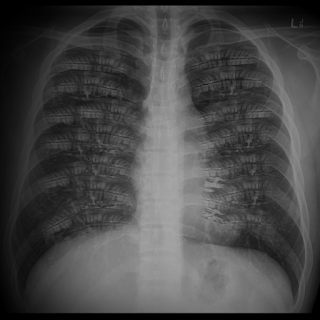 An x-ray of a ribcage with teeth. Simple, effective, works with the environment of the dentist's office, graffiti, and other hints to suggest something bigger, connected, and sinister. It spooks. In less blighted times you could even use physical props.
This approach works best in a setting that's grounded in players' knowledge. If a gnabbu of the Gloroltor Expanse is acting oddly it'll have less impact than if a telephone nibbles on your ear. To have something be uncanny requires knowing what's canny.

Laughter is medicine like oxycontin is medicine. It gives relief, but doesn't remove the underlying cause of discomfort. Player reactions, jokes, etc., (assuming good or even decent chemistry) will naturally lead, in tandem with the incomplete information given, to the peaks and valleys up the mountain of growing tension in a horror game. At that mountain's peak is the monster, which is point no. 2.

If I have any critique of deus's game, it's that frustration weakens the kind of tension we're looking for. Tedium ain't fun or the fun kind of scary. Common sense about puzzles, locked doors, and things like that standing in the way of meaty paths should be exercised.

2. A Good Monster is the Light at the End of the Tunnel

And sometimes the light at the end of the tunnel is an oncoming train. Over the course of a horror game you should be approaching the monster, and/or the monster should be approaching you. Keep in mind that the monster doesn't have to be some kind of beastie. It can be a revelation, a conspiracy finally acting in the open, a disease reaching its final phase, a plummet into a dreadful alternate reality, and so on and so on. The important factor is that it is the climactic and cathartic release of built-up tension, the rollercoaster's biggest drop, tacit permission to start screaming.

The bits of the skeleton under the previous point are the way to build up that tension. Mention its thumping in the ceiling, or the rats scurrying up from the basement to escape it, or the diary of the last person to go after it, or the corpse of one of its victims, stuff like that. Keep it out of clear sight yet in your players' minds and you'll reap a solid response when the big reveal arrives.

This position at the end however means that there probably should be other active "tentpole" threats to provide spikes in the action, ones which play second fiddle to the monster, and so are mundane or mostly so and affected by its influence. Feral dogs scavenging its kills, its Renfield, locals made hallucinatorily paranoid by the gunk it leaks into the water supply, whatever. Traps could fit too, and I'll touch on them more in the next section.

One of the few times I can remember being properly horrified by a horror movie was a moment in the otherwise unremarkable Pulse (the American remake of what I hear is the much better Japanese movie Kairo). People are being picked off one by one by ghosts coming through the internet, and when one character's time comes he's melted into a black stain on a wall. Looking back on it now, this was definitely a reference to kodokushi which survived from Kairo, but at the time I experienced a splinter of panic that slipped through my fictional distancing. That splinter could be described as:

What the fuck ghosts aren't supposed to do that???

Effective horror is built on the unexpected, particularly where it intrudes on the otherwise predictable and grounded. Even something as worn into genre as ghosts (sheets with holes poked in them!) can become scary again. This poses a problem with the typical OSR assumptions of play (e.g. the ability of players to gather information to make informed risk vs. reward decisions). I think that used sparingly this is an acceptable trade-off. Running a horror game, we want to maintain players' momentum through the in-game space, keep them touching potential landmines, and scheming their way right down to hell. If every object they pick up turns into a mouth that bites them in half that's not going to happen. If one object in the whole dungeon space does that's a hootin' and a hollerin'.

To a lesser extent this ties into desciption. Everyone's expecting a walking corpse to bite your skull open and eat your brains. Not so many are expecting it to tie you up like your bones are rubber and blow you full of rot-gas 'til you float up and freeze in the stratosphere.

The Gnostics were essentially correct, in that the world is ruled by idiot-god optimization algorithms and civilization is on track to be made up of a small class of oligarchs who own everything, the slightly larger class of their toadies who manage what the oligarchs own, the debt-slave masses deprived of freedom, dignity, and security, and then the people from whom no more value can be extracted, who will be left to die from despair, violence, and likely climate change-driven natural disasters. The Gnostics' mistake was in thinking there was any escape. 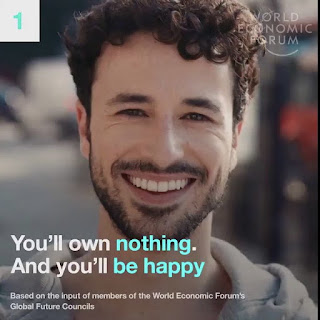